Trying to be artsy

I've decided to try to learn how to do more with my digital camera. I've had it for almost 3 years and usually use just the auto setting. So I've been experimenting with using the macro setting. I just found out that is what the little flower symbol thing is for lol. And of course as soon as I start trying to get better Jakey has to go and break it. I'm not sure what he did, I think he dropped it or hit it against something, but now the flap that covers the area where the memory card goes in won't shut, and the camera won't work if it's not shut. So now I have to hold it shut while taking pictures. Sigh.

Anyway, here is a picture I took today that I really like: 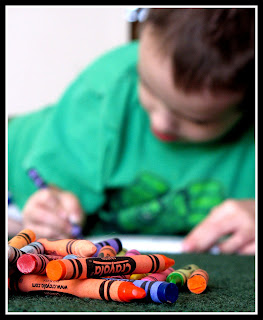