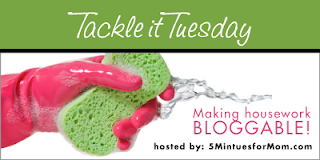 I usually don't join in the memes and things going around blogs, but I actually tackled something this week and figured it would be fun to join in Tackle It Tuesday at 5M4M.

Now I should have tackled a review post I have been meaning to put up, but I just haven't yet, I really will soon. I promise.

What I did tackle was my growing pile of sewing/mending. In this pile I had a toddler size mattress cover that the corners were full of holes, Jakey's favorite pillowcase that had ripped up the seam, a pair of pants with a broken snap, and 5 pair of pants with ripped up knees.

I started with the broken snap since it was the only thing that didn't involve sewing. I'm pretty sure that one snap took longer than the rest of the stuff all together. Getting the old snap off was a pain! And I had to get it off because the only replacement snaps I have are not the same size so they wouldn't work with the old one. Finally with the help of a hammer, a tiny screwdriver, and needle-nose pliers I managed to rip it off. After that using my little snap kit to attach a new snap wasn't too difficult and now the pants work correctly again. 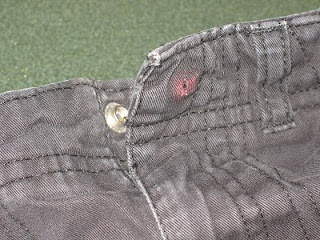 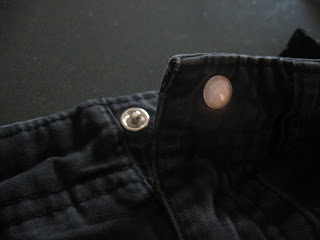 Then I set up my sewing machine and went on to the mattress cover. It has this really awful material around the edge that has worn through at all the corners and just gets worse every time I put it back on Nathan's mattress. I took some white birdseye fabric and basically just sewed a big patch over all the corners. Was easier than I'd expected and now hopefully the cover will last much longer. 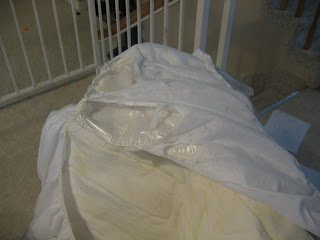 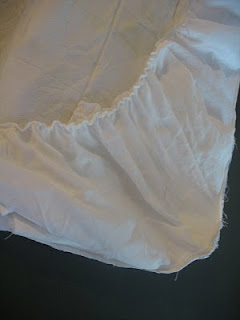 The pillowcase was of course the easiest fix. The rip was next to the seam so now it looks like there are 2 seams on that side but since it's going on a 4yr old's pillow I don't really care lol. Just a simple straight stitch up the side and I was done in about a minute. 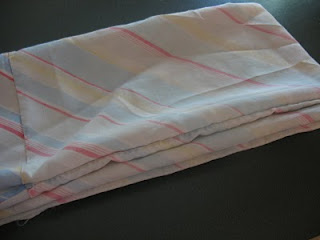 I took all the holey pants and made shorts. They aren't anything spectacular, but considering these were the cheapo $3.50 pants from WalMart (hence all the holes) and it was this or the garbage so I think they are fine. I just cut off the pants right above the ripped knees (really wish I had a rotary cutter and self-healing mat! Would have made it much easier) then hemmed them under. 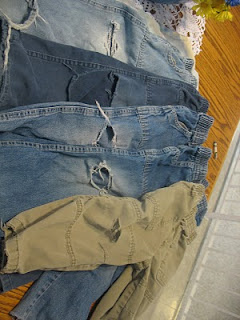 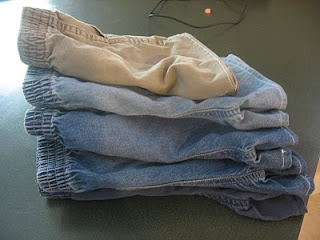 And there you have it! A nice pile of finally finished sewing/mending projects. 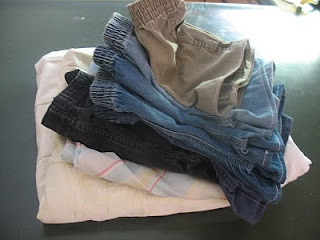 i really need to learn how to sew. my son is always putting holes in his pants.

way to go on tackling!

Now that's an awesome project to tackle! I am very impressed. :D