Again, there are only a few pictures from March. I finally broke down and bought a set of hair clippers so I could buzz the boys' hair myself. I did it a little too short the first time, but with how fast their hair grows it wasn't short for long. Jacob's is still ok, but Jason and Nathan almost need another trim, it's like they take protein powders for hair growth instead of muscles. Jason was fine while I did his, but Jakey and Nathan cried the whole time. 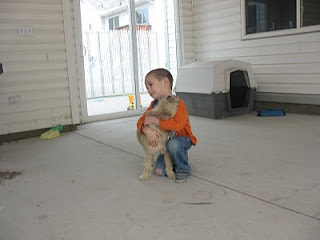 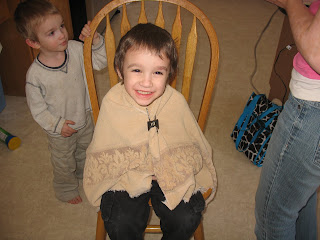 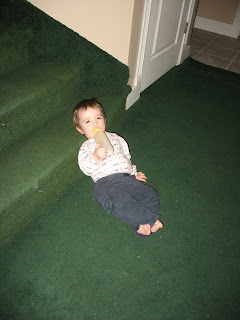 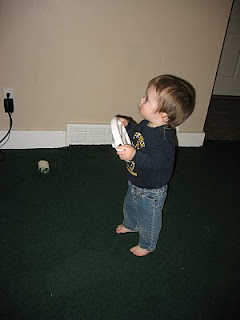 Isn't that an adorable pic of Nathan trying to play Wii with the other boys? There wasn't even a remote in the wheel but he loves it. We also had a few nice days that the boys were able to go outside and play. Sam was very happy to have someone come out and keep him company. Now that he's solely an outside dog he gets kind of lonely, but he's been much happier since the weather warmed up and we are out there more.
Posted by Kara at 4/26/2010