Introducing our final baby, and some other random updates!

Well, I suppose since my baby was born almost 7 months ago I should probably let you all know about it! You can read the full birth story here. The short version is that our 6th little boy was born at 38 wks, April 29, 2015, at 11:05pm after a lot of prodromal labor but a fast active labor, all natural. He got a bit stuck at the end and had Erb's palsy of his left arm from nerve damage, which luckily was better within weeks. He was 9lb 6oz (my biggest baby!) and 20.5". It took us a day to decide on a name since his gender was a surprise and we couldn't agree on one before. We finally chose Michael Thayne (Thayne is my dad's middle name). He is a sweet smiley little guy, even if he doesn't sleep well at all lol. 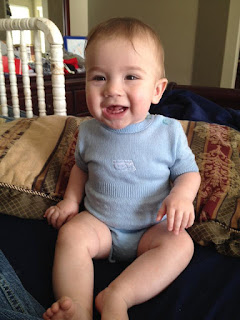 He's starting to sit up a bit now, rolls from back to front and then gets mad about being stuck on his belly. He babbles so much lately and is drooling all over from teething. He wakes way too much at night still but remains cheerful even if mommy is a zombie lol.

After Mikey was born my gestational diabetes did not go away. I had bad results on a glucose test and an a1c of 7.0. I was sent to an endocrinologist who did more bloodwork and on July 31 I was diagnosed with Type 1 Diabetes and Hashimoto's (autoimmune thyroid disease).

Type 1 Diabetes. Not something I ever considered. To say it has been an adjustment would be an understatement. My life revolves around my blood sugar, insulin, watching what I eat, and exhaustion. I am grateful for the technology that at least makes this easier to handle. I have a continuous glucose monitor (cgm) that checks my blood sugar every 5 minutes without me having to prick my fingers so much and makes it easier to adjust how much insulin I need. Because of that and eating better my a1c is around 5.0 now. I'm glad we caught it early, before I could get really sick, and have been able to ease into things.

Quick updates on the kids; 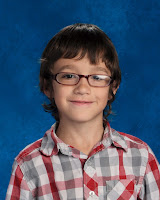 Jason- He's in 5th grade now. He turned 11 in September. Still a short skinny little guy for his age but lots of that preteen attitude starting to come through. He's doing well in school, and would be getting better grades if he wouldn't keep "forgetting" his homework. Favorite things are Minecraft, Legos, and playing with his friends. 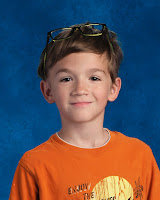 Jacob- Jakey turned 9 in June and is in 4th grade. He's so smart, but sometimes has behavior problems at school still, which have been better lately. He really enjoys scouts and playing Minecraft and Legos with Jason. A few months ago we found out he needed glasses (and we had him retake his school pics with them actually on his face lol). 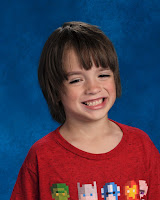 Nathan- Nathan just turned 7 a week ago. He's in 1st grade and full-time school now, which he loves. He's reading more and getting better at it every day. I can't believe how big he is getting. He got a bike for his birthday, he was so excited. Too bad it's starting to get cold now so he won't get to ride much before next spring. 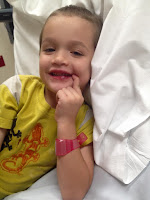 Isaac- My little stinker. Still keeping me on my toes and so active. He loves playing with Mikey and Rachel. He gets to have me to himself for a few hours most days while the little ones nap and the other boys are at school. I've been meaning to start some preschool work with him, but haven't yet. This pic was a few weeks ago when he fell and bit through his lip and had to get 5 stitches on the inside. He was such a trooper. 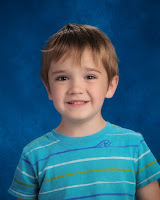 Caleb- the twins are 4, almost 5. Caleb is still in preschool for his speech and other delays. He goes 4 days a week this year, 12:30-3:15. He's doing so great with it. He's also got quite a stubborn streak. 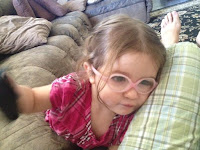 Rachel- my sweet girl. Turned 2 in August. Such a girly girl. Loves dolls and dresses and bows. She's like a little ray of sunshine. She does have her toddler tantrums too. She just started speech therapy and I really think she'll progress quickly with it. She got glasses in April and then eye surgery July 29th to fix her eyes turning in. She did great.


Here is our latest family picture, from June when Mikey as blessed. 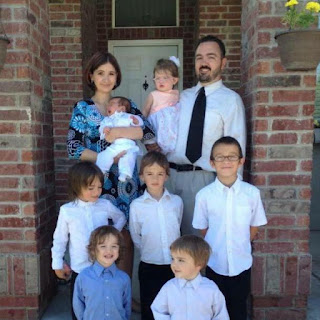 And a fun one from Halloween: