A way past due update!

My poor little bloggy has been so neglected. :( The last "real" post I did was almost a year ago after Rachel was born. I keep thinking I need to start posting regularly again, but then life gets busier and it gets pushed to the bottom of priorities list. I'm not even going to try to catch up on everything that has happened this last year, especially because most of the pictures are on the external hard drive and I don't feel like pulling it out, finding them, and choosing what to post. So I guess a quick recap of how everything is going. Here is the most recent pic of all of us together at Jacob's baptism.

Rachel- Oh my, this sweet girl has stolen my heart! I never realized how much I would love having a daughter! Of course I love all my boys too, but there's just something amazing about having a little girl. She loves to be cuddled and will go to pretty much anyone, but then cry because she wants mommy lol. Such a mommy's girl! She has 4 teeth, crawls all over the place, pulls herself up on everything and moves around the furniture, can stand for a few seconds alone, and is not at all interested in trying to walk alone yet but will if she's holding on to something. She still nurses frequently, and eats finger foods, and is nice and chubby, growing faster than any of her brothers did! Still not saying any words (though she babbles "dadadada" a LOT) but she knows the sign for "milk" and has started using it occasionally. I love to dress her up and have way too many headbands, flowers, and bows. :) She's usually a very happy girl and such a joy.

Caleb- This boy has got quite the stubborn streak for a kid who is barely understandable lol. He thinks every electronic device in the house belongs to him and will get very mad about thing like me needing to use my phone or not letting him play a computer game. I've thought about having him tested by the school district for speech therapy, because he is not very understandable and doesn't understand things as well as Isaac.

Isaac- If I go gray early it will be from this kid! He is a big ball of energy, likes to get into everything he shouldn't, and makes messes whenever my back is turned. Whenever him and Caleb are into something it is his idea and Caleb just follows along. He is also very loving. He wants to give everyone hugs and kisses (whether or not he knows them) and is a big momma's boy. He adores Rachel so much.

Nathan- He finished up his last year of preschool at the district's developmental preschool. His speech has gotten so much better. His articulation is still a bit behind so he has an IEP to continue getting speech help in Kindergarten, though he will be in a regular class. He is a smart kid and I'm excited for him to start Kindergarten in a few weeks, I think he'll love it. He's also very stubborn and will lie to avoid getting in trouble even if you catch him red-handed.

Jacob- He is so smart. Reading above grade level, and doing math above level as well. We had him tested for the advanced placement program but he didn't qualify. His test scores were very good, way above average, but not high enough for the program, mostly his language and comprehensive skills kept him back. His handwriting is terrible and usually hardly readable, he doesn't take the time to do quality work. Hopefully 3rd grade will be helpful in challenging him more and getting him working better. He's still very sensitive and loving also. He was baptized in June too. :)

Jason- He has also had trouble in school with doing quality work and listening. He started out with some of the same behavior problems as last year- crying, not wanting to listen, throwing fits. But luckily that got a lot better as the year went on. He does great at school when he actually tries, but he still needs to work on the quality. He has a best friend who he has playdates with every week and it's been good for him to have someone he's close to. He loves to play the xbox 360 and computer and has started to get the preteen attitude about being told what to do. He's usually pretty good at doing chores and helping, though he might roll his eyes a bit lol.

Nate- he's been working hard as a software development manager. Longer hours and more responsibility. Very proud of how hard he works. We've been married 11 years in a week and it's crazy how much has happened in that 11 years! Love him so much. :)

Me- I finally got my Associate's degree last December! So happy to finally have a degree. :) I plan to eventually get my Bachelor's too, but needed to take some time off, I was so burnt out from going to the school for 3.5yrs with so many kids. In January I started as a Consultant for The Pampered Chef. I love the products and decided that would be the cheapest way for me to get them! I really enjoy doing the cooking shows and earning free and cheap stuff. It's tapered off a bit the last few months because I've been very busy, but hopefully it'll pick up again soon. 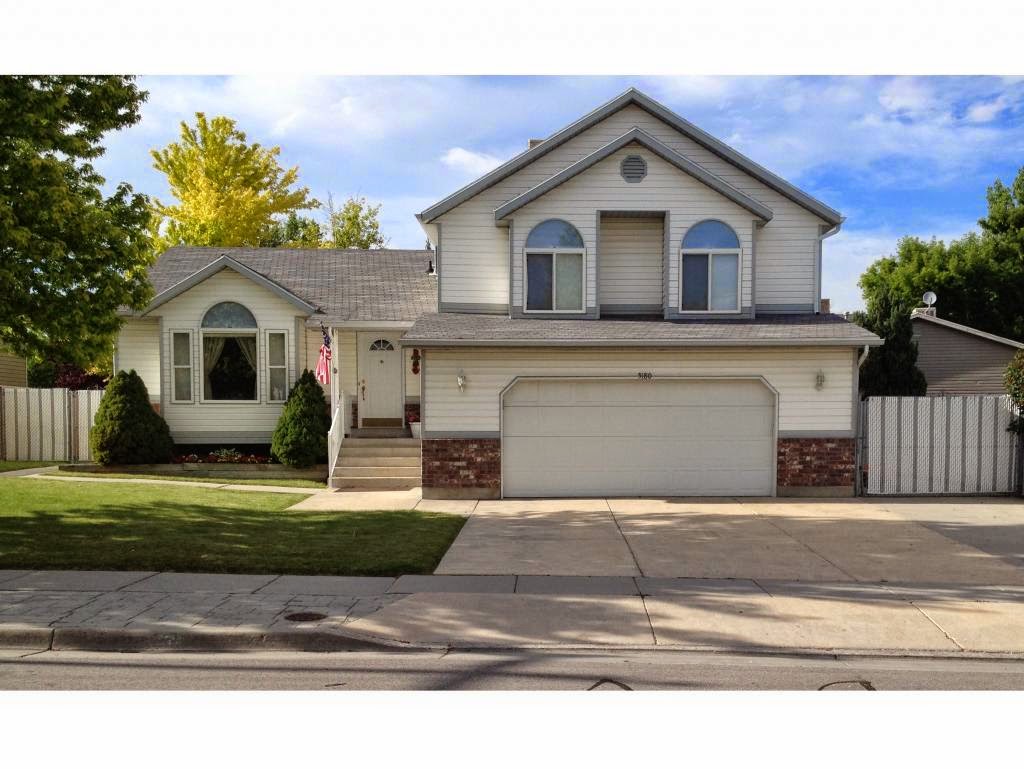 We are also getting ready to move! We spent the last 3 months getting things in our house fixed up, upgraded, painted, etc. Took a lot of time and work but the house looks amazing. It's been on the market for about 2 weeks. I'm hoping we find a buyer quickly because there is a house I really love that I want to get. We will be moving to a smaller, quieter town. Bigger yard, no busy road in front of the house, and just more quiet. :)
Posted by Kara at 7/11/2014